In most places across the world, the topic of firewood would hardly be expected to set the nation’s imagination alight.

But in Norway, a television programme on the subject of wood caused quite a stir, after splitting the country straight down the middle on how it should be stacked.

Nearly a million people, 20 per cent of the Norwegian population, tuned in to the programme when it was aired during prime time on Friday night. But the angry responses started almost as soon as it had begun.

via Norway split down the middle on how to stack firewood following programme featuring an eight hour live shot of a fireplace | Mail Online.

“Lovers…oh, that word bums me out unless it’s between meat and pizza.” —Secrets and Lies (2.8)

On what we’re all really looking for 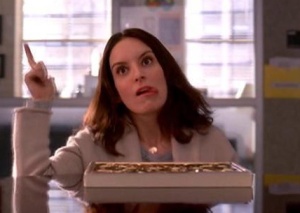 if you are lonely……

VIA Twitter / narwhalynn: if you are lonely just start ….

The complaint that brought about the ruling came from a man who lost his Internet connection for two months due to an administrative error caused by a takeover of his Internet provider by another company. He is now entitled to monetary compensation – and while the amount may not be very high, the ruling reflects an important shift. With it, Germany’s Federal Court of Justice has stated that Internet connection is a modern necessity, on par with the right to mobility.

The court compared the situation to a car owner claiming damages after someone else has caused an accident that renders the car unusable for some time.A ‘vital’ part of lifeAmong other reasons for the judgment, the Federal Court states that “the majority of German residents use the Internet on a daily basis. It has become a medium that plays a vital role in the lives of most people, and whose absence has a significant impact on daily life.”

SO: I was initially looking for a picture that was like “Go Germany!” then I thought of their love of Hoff. I was searching for something that possibly combined the two but then saw THIS & had to stop. I mean, it chose ME.

via World¿s most beautiful shipwreck: Haunting hull of Sweepstakes lies just TWENTY FEET below clear blue water of Ontario lake where it sank in 1885 | Mail Online.