Hugh and I spent weeks in the summer of 2007 studying. During that time, I learned the difference between the House of Lords and the House of Commons. I learned that in 1857 women in the U.K. won the right to divorce their husbands. I learned that people below the age of sixteen cannot deliver milk in the U.K., but I don’t think I learned why. It was just one of those weird English injustices, like summer.

Before taking the real test, I took the fake ones provided at the back of the study manual. “What is the traditional meat served for Christmas dinner?” was one of the questions. Another was “How might you stop young people playing tricks on you at Halloween?” It was multiple-choice, and possible answers included “call the police” and “hide from them.”

a little Sedaris for all 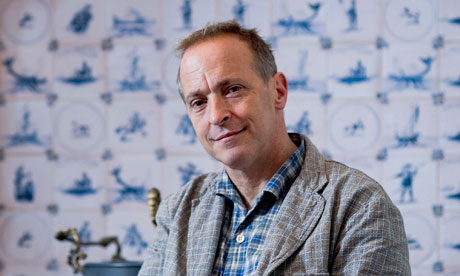 oh & click on this picture to lead you a little bit more of David. It’s one of those days. 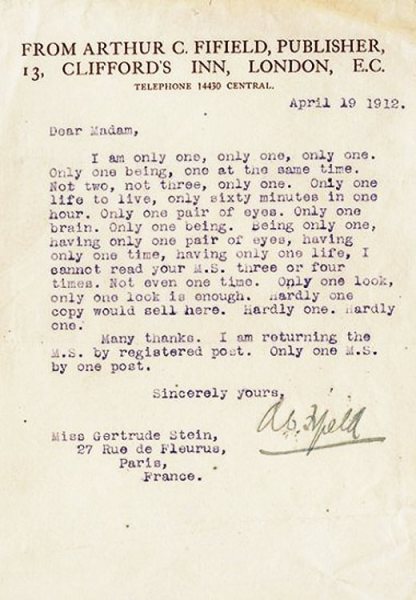 If you need some encouragement, rejection letters of the immensely talented are always helpful.

Self-help books often advise that the fastest way to achieve success is through failure: failing often and failing up. Even great writers like George Orwell suffered setbacks, like when his novel Animal Farm was rejected as a “stupid and pointless fable” by Knopf Publishers in 1945. So when the Sundance Film Festival asked artist and photographer Taryn Simon to create something to kick off its Free Fail campaign, a series of panels “designed to embrace failure as essential to risk-taking, innovation, and the creative process,” she decided to make a video flip book of rejection letters.

But in the blink-and-you’ll-miss-it section between those two bookends is: A rejection letter from the music label Sub Pop that begins “Dear Loser,” a denial from the Ringling Bros. and Barnum & Bailey Clown College, and a rejection of a Star Trek spec script. There is also a letter – recently noted by Meryl Streep in her National Board of Review gala speech honoring Emma Thompson and slamming Walt Disney – that explains to one aspiring female artist in the 1930s that women were not welcome to do “the creative work in connection with preparing the cartoons for the screen, as that task is performed entirely by young men.”

via The Rejection Letters That Burned Everyone From George Orwell to Aspiring Clowns | Underwire | Wired.com.

“The first draft of everything is shit.”– Ernest Hemingway

also, you should totally hang out with cats

“Always carry a notebook. And I mean always. The short-term memory only retains information for three minutes; unless it is committed to paper you can lose an idea for ever.” – Will Self

“Substitute ‘damn’ every time you’re inclined to write ‘very;’ your editor will delete it and the writing will be just as it should be.”
– Mark Twain

via Writing Tips: 31 Most Invaluable Pieces Of Writing Advice From Famous Authors.

Ira Glass – By the Book – NYTimes

The host of “This American Life” and co-writer of the coming film “Sleepwalk With Me” would like to meet Edgar Allan Poe. “I don’t have a question, but dude just seems like he could use a hug.”

via Ira Glass – By the Book – NYTimes.com.

I love anything with Ira.

Idleness is not just a vacation, an indulgence or a vice; it is as indispensable to the brain as vitamin D is to the body, and deprived of it we suffer a mental affliction as disfiguring as rickets. The space and quiet that idleness provides is a necessary condition for standing back from life and seeing it whole, for making unexpected connections and waiting for the wild summer lightning strikes of inspiration — it is, paradoxically, necessary to getting any work done. “Idle dreaming is often of the essence of what we do,” wrote Thomas Pynchon in his essay on sloth. Archimedes’ “Eureka” in the bath, Newton’s apple, Jekyll & Hyde and the benzene ring: history is full of stories of inspirations that come in idle moments and dreams. It almost makes you wonder whether loafers, goldbricks and no-accounts aren’t responsible for more of the world’s great ideas, inventions and masterpieces than the hardworking.

via The ‘Busy’ Trap – NYTimes.com.

According to Reddit, some guy designed these bizarrely hilarious decoy covers to keep people from stealing his magazines. We had no idea magazine theft required such desperate measures, but if that’s the case, keep it up, US Weekly bandits. Our only question is, if these are all phony, how do you explain our uninterrupted 20-year subscription to Cockhandler Magazine?

The above was my favorite.  Check out the link for more cleverness 🙂

It was the same when I complained about all the gaps between my teeth. “I had braces when I was young, but maybe I need them again,” I told her. An American dentist would have referred me to an orthodontist, but, to Dr. Barras, I was being hysterical. “You have what we in France call ‘good-time teeth,’ ” she said. “Why on earth would you want to change them?”

“Um, because I can floss with the sash to my bathrobe?”

“Hey,” she said. “Enough with the flossing. You have better ways to spend your evenings.”

via Socialized Medicine in Old Europe : The New Yorker.

Love me some Sedaris, always.