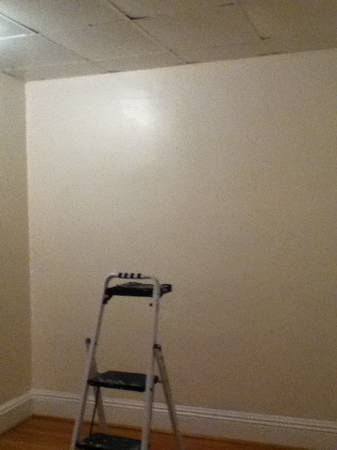 VIA: THE WORST ROOM.

This makes me feel SLIGHTLY better about the rent in San Francisco right now. Very slightly. I think we’re going to have to start charging our kitties rent. 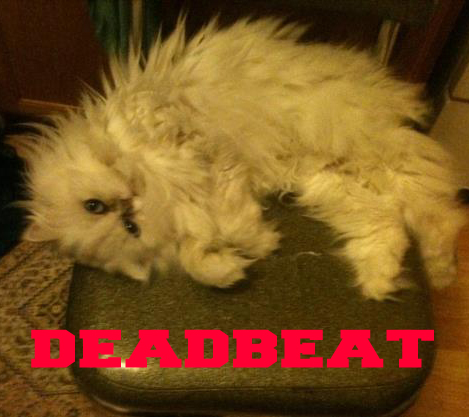 Cuddles are nice, Clementine, but that don’t pay my bills.

Are Cats Spies Sent by Aliens? A Deep Examination of One of the Internet’s Best Conspiracy Theories 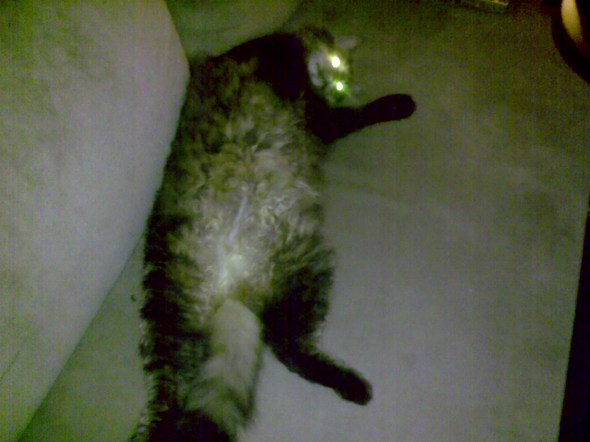 Attention cat people. There’s a burgeoning theory around the internet that begs reckoning. It’s not the theory that parasites in cat poop are turning you into crazy cat ladies, though that’s certainly cause for alarm. It’s much worse than that.

Domestic house cats, it seems, may be alien sentinels—sent to spy on us and report their findings back to the mother ship. Or, as some theorists have put it, they’re like alien camcorders tracking our every move.

Well, maybe. We humans love our conspiracy theories, and there’s a decent chance this is just another among them. As a poll published just yesterday reveals, 51 percent of Americans believe the JFK assassination was a conspiracy; 15 percent believe “the government or the media adds mind-controlling technology to TV broadcast signals”; and 4 percent believe reptilian shapeshifters control the government.

It’s impossible to know just how pervasive cats-as-alien spies theory is without an adequate polling apparatus (if you have one, please get in touch). One guesses it’s fairly low. Then again, 4 percent is much higher than one might have expected for the lizard people theory, and, according to the same poll, some 29 percent of Americans believe aliens exist and 14 percent believe in Bigfoot, so who knows?

As with most conspiracy theories, the cats-as-alien-spies theory is surprisingly well-developed—and based on a few kernels of truth and genuine ambiguity. How much? Motherboard decided to take a look at some of the supporting premises, one-by-one. A user who goes by the moniker “RedSpider” summarizes the prevailing wisdom in a handy list on the British tech message board, Digital Kaos. I’ve appropriated his/her list here (lightly edited for style and clarity), with the original points bolded.

Examine the evidence and decide for yourself…

READ ON: Are Cats Spies Sent by Aliens? A Deep Examination of One of the Internet’s Best Conspiracy Theories | Motherboard.

Mansions and Fine Art Made Especially for Cats and Dogs 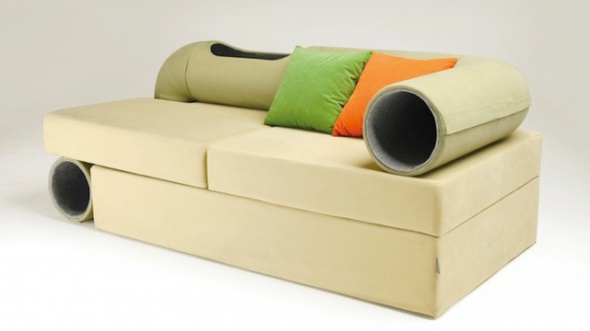 Mansions and Fine Art Made Especially for Cats and Dogs.

We really do need this couch.. 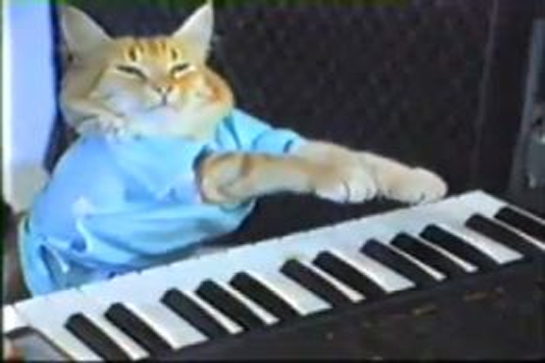 Mark Twain once remarked, “while the rest of the human race are descended from monkeys, redheads derive from cats.” But was he joking? Redheads and cats share the same myths about being witches and spawn of the devil. But there aren’t many YouTube videos of redheads playing the piano. So, this myth is busted (probably).

via Redheads And Gingers – Myths – Redheads Evolved From Cats – Conspiracies on truTV.com.

My sleeping pattern claims this is true. 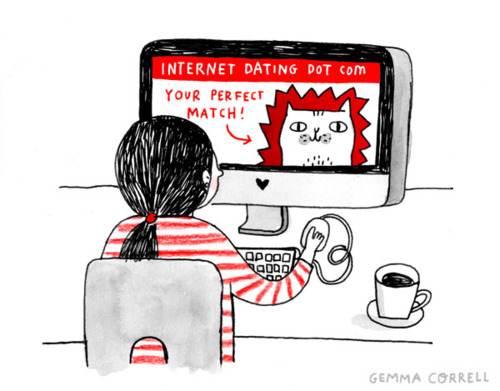 The indictment, filed by Butler County Prosecuting Attorney Michael Gmoser, alleges that on or about February 02, 2013, at Gobbler’s Knob, Punxsutawney Phil did purposely, and with
prior calculation and design, cause the people to believe that Spring would come early.

What’s in store now for Phil? Pending an extradition hearing, Gmoser says it’s curtains for the little guy, suggesting that the penance for such a misrepresentation should be the death penalty.

“Since he’s already serving a life sentence behind bars, as you know. There wasn’t much left as far as a penalty other than a death sentence,” added Gmoser.

Man Caught Outsourcing His Own Job To China 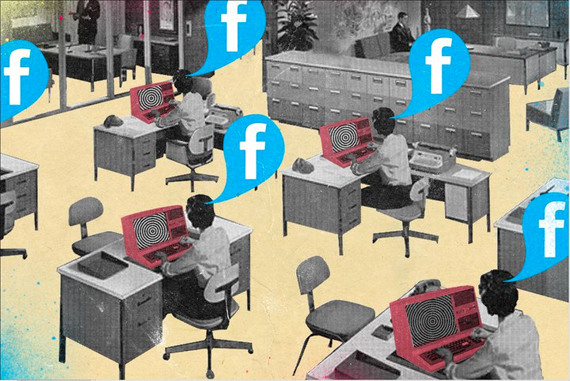 It’s really, really weird that more people don’t do this. BTW, that guy should start his own company.

READ: Man Caught Outsourcing His Own Job To China So He Can Look At Cats All Day | Happy Place.

Notice Regarding The Cat

Notice Regarding The Cat. (via buzzfeed)

“The 21 Most Useless College Majors For Pugs, From Fashion Design To Boat Operating” 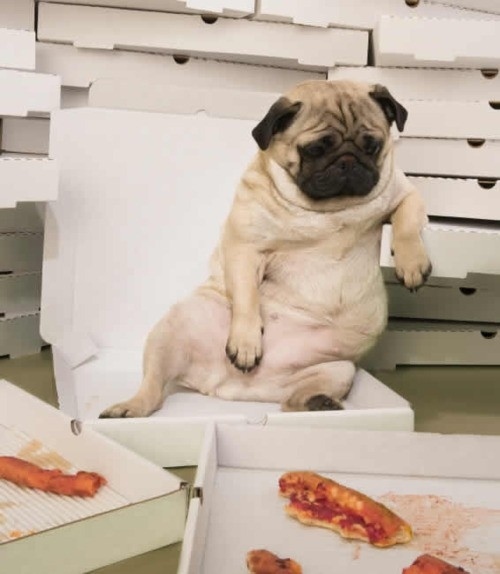 All of these have been determined using a complicated algorithm comprised of the following criteria: Pug satisfaction, dog treat earnings, and projected belly rubs. Oh yeah, you should check out the Daily Beast’s human most useless college major rankings here.

The 21 Most Useless College Majors For Pugs, From Fashion Design To Boat Operating.

Haha.  I read the Daily Beast article yesterday that they are referencing.  I love this so much more than people just bitching in the comments about how their degree is, in fact, very useful.

I still like to tell people that I majored in “getting a degree from Berkeley.”  It’s fairly close to true.

Cat Scientists of the 1960s 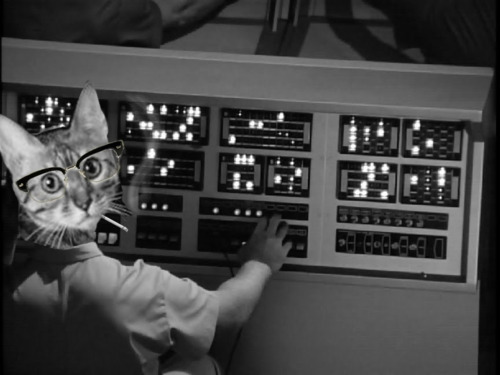