[…]Then, right at the height of his popularity, the Noid endured perhaps the worst mascot PR in history.

On January 30, 1989, a man wielding a .357 magnum revolver stormed into a Domino’s in Atlanta, Georgia and took two employees hostage. For five hours, he engaged in a standoff with police, all the while ordering his hostages to make him pizzas. Before the police could negotiate with his demands ($100,000, a getaway car, and a copy of The Widow’s Son – a novel about Freemasons), the two employees escaped. In the ensuing chaos, the captor fired two gunshots into the establishment’s ceiling, was forcefully apprehended, and received charges of kidnapping, aggravated assault, and theft by extortion.

The assailant, a 22-year-old named Kenneth Lamar Noid, was apparently upset about the chain’s new mascot. A police officer on the scene later revealed that Noid had “an ongoing feud in his mind with the owner of Domino’s Pizza about the Noid commercials,” and thought the advertisements had specifically made fun of him. A headline the following morning in the Boca Raton News sparked a talk show frenzy: “Domino’s Hostages Couldn’t Avoid the Noid This Time.”

via The Downfall of Domino’s Mascot: The Noid – disinformation. 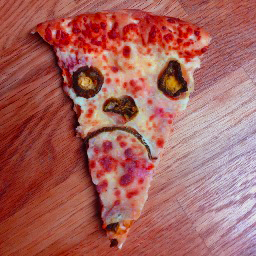